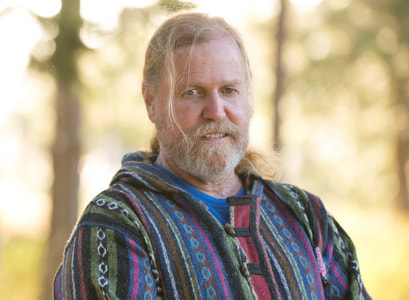 JAMES GILLILAND  James is a best-selling author, internationally known lecturer, minister, counselor, multiple Near Death Experiencer and contactee.  James is recognized world-wide as the founder of the Gilliland Estate, previously referred to and commonly known as the ECETI Ranch (Enlightened Contact with ExtraTerrestrial Intelligence) where he documents and shares amazing multi-dimensional contact phenomenon which can be viewed at www.eceti.org. His weekly As You Wish Talk Radioprogram on BBSradio.com draws an audience from around the world who are interested in truth and Higher Consciousness.

James’s books Reunion with Source, Becoming Gods, and The Ultimate Soul Journey educate, awaken, inform and heal. His latest book – Annunaki Return Star Nations and the Days to Come is a powerful look at what is happening on a multi-dimensional level as we move forward in this time of great change.

​He has also appeared on numerous radio shows including Coast to Coast and Jeff Rense.  His unique focus on dispelling the myths propogated by the disinformation system make him an in-demand speaker at events such as the International UFO Congress, Contact in the Desert and the Star Knowledge Conferences. He also hosts ECETI’s popular Science, Spirit and World Transformation Conference every summer at the Gilliland Estate.

He is a facilitator of many Eastern disciplines; a visionary dedicated to the awakening and healing of Humanity and the Earth and he teaches higher dimensional realities from experience.

An unprecedented event is unfolding at the Gilliland Ranch near Mt Adams, and Trout Lake, Washington that has the potential to change the course and destiny of Humanity and the Earth. The people of Earth are being offered a chance to join the rest of the universe in peace and participate in spiritual awakening and benevolent Extraterrestrial contact. UFO sightings, Orb phenomena, CE5 Contact & “UFO contact” with spiritually and technologically advanced extra and ultra-terrestrial off world visitors – a “greater family of man” – has occurred at the Gilliland ranch near Mt. Adams. 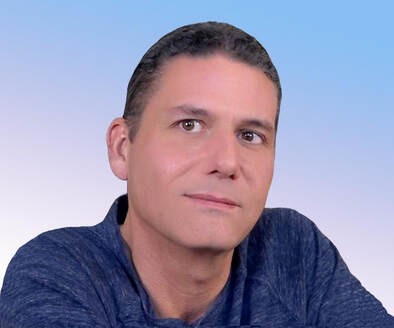 Corey Goode
Identified as an intuitive empath (IE) with precognitive abilities, Corey Goode was recruited through one of the MILAB programs at the young age of six. Goode trained and served in the MILAB program from 1976-1986/87. Towards the end of his time as a MILAB he was assigned to an IE support role for a rotating Earth Delegate Seat (shared by secret earth government groups) in a "human-type" ET Super Federation Council. MILAB is a term coined for the military abduction of a person that indoctrinates and trains them for any number of military black ops programs. Goode’s IE abilities played an important role in communicating with non-terrestrial beings as part of one of the Secret Space Programs (SSP) During his 20 year service he had a variety of experiences and assignments including the Intruder Intercept Interrogation Program.
Goode now works in the information technology and communications industry with 20 years experience in hardware and software virtualization, physical and IT security, counter electronic surveillance, risk assessment, and executive protection, and served in the Texas Army State Guard (2007-2012), C4I (Command, Control, Communications, Computation & Intelligence). The time in the Texas Military Forces was unrelated to the SSP. He also continues his IE work now and is in direct physical contact with the Blue Avians (of the Sphere Being Alliance) who have chosen him as a delegate to interface with multiple ET Federations and Councils on their behalf. 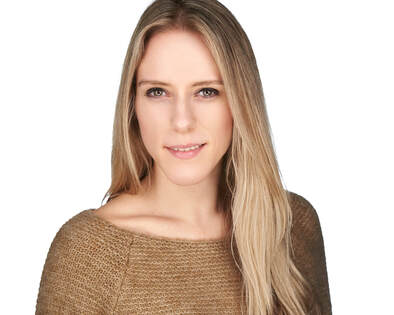 ​Tricia Margis
Tricia, an inspired and awakened soul, is here to expand the minds, beliefs, and perspective of the collective as a host on her podcast, Ninety Degree Turns, found mainly on Youtube, Facebook, and recently featured on EdgeofWonder.tv due to her banned YT interview on Covid-19 with BioAcoustic Pioneer Sharry Edwards.

As a journalist, her alternative media channel is focused on shedding light to a wide variety of topics and guests that cover everything from wellness, spirituality, energetics, metaphysics, ascension, and more.

Through her informative interviews and other live streamed content, she hopes to expand your perspective and have you join her on the truth seeking journey into endless soul expansion.

Connect with her Socials: 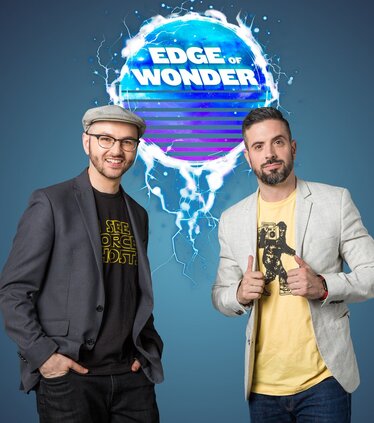 Ben & Rob (Edge Of Wonder)
​
Rob Counts
After graduating from Massart in 2002 with a Bachelor of Fine Arts in Illustration, Robert Counts studied classical oil painting, graphic design and photography to round out his understanding of the arts. He landed a Creative Direction position at the Epoch Times in 2008. In 2013 Robert started his own creative studio, involving in multiple brand redesigns for companies, including doing some brand consulting for the Federal Government in Washington, DC. He came back to the Epoch Times in 2013 as Creative Director and Brand Manager. In 2018 Rob left the media to join Edge of Wonder as a producer and teamed up with Ben Chasteen to help wake up the masses using YouTube. In less than a year the platform had acquired 370k subscribers. Edge of Wonder has continued to produce red-pill videos regardless of being censored now on multiple platforms.

​Ben Chasteen is a producer/host of Edge of Wonder, a Youtube channel that explores every aspect of our mysterious universe, which has now amassed hundreds of thousands of subscribers and over 50 million views in just over 2 years.

At a young age, Ben had many spiritual and paranormal experiences growing up which led him to seek out his life’s purpose and truly find the ultimate truth of the universe. After joining forces with Rob Counts, together they realized their purpose in life was to help awaken and red pill the masses and to kick the Deep State in the Caballs. Thus Edge of Wonder was born. Recently, they created their own platform EdgeofWonder.tv Their goal is to show people that no matter how bad things seem, there is a more positive force that is greater than anything else in this world and it is through our own awareness, virtue, and inner awakening, that we can set ourselves free. 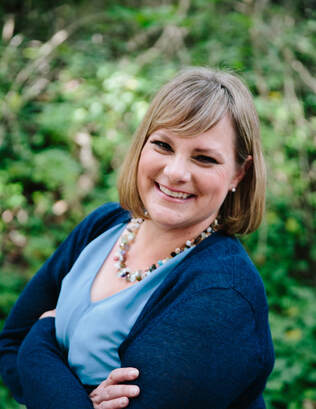 ​Laura Van Tyne  Laura’s spiritual awakening and rise came because of having to raise an exceptionally psychic child who could see and communicate with spiritual beings. Spiritual safety for her family became her soul mission. Now, Laura teaches others using her unique talents how to navigate through the spiritual morass in these trying times.

“When we look at spirituality as a harmonic scale, we realize that ascension is not a straight track: it has ebbs and flows, as we learn to enhance our own spiritual and karmic paths.”

Laura’s toolbox includes: crossing over ghosts; teaching psychic self-defense; and psychic intuition classes.  She can be reached at Laura@lauraVanTyne.com You can view Laura’s courses at www.TheKarmicPath.com. 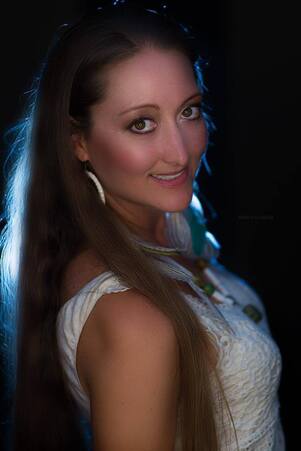 JEN BERRYHILL (HINHAN TO WAS’TE WIN - BEAUTIFUL BLUE OWL WOMAN) - Co-Director and Event Coordinator for the Star Knowledge Conferences
Presentation:  The Way of the Sacred TreeJen will be sharing about The Star Path within the Universal and Spiritual Laws of Creation giving you an introduction to the influences of the 13:13 Star Path.  You will learn how to work with these energies in the cycles of the moon and in your daily ceremony — your Life! Through the 13 Dimensions of the Sacred Tree of Life, pass 13 tests of 13 gates of 13 moons and 13 tones.  Ascend to the Frequency of LOVE!


In 2009, at the beginning of her seeking journey, Jen attended her first Star Knowledge Conference in Farmington, New Mexico. The experience was incredibly activating and she discovered her love for ceremony and the teachings of the Symbols book, which quickly accelerated her Spiritual awakening. In 2014, Jen organized her first Star Knowledge Conference held in Loveland, Colorado and she lovingly continues to bring the Star Tribes together to gather and learn about the Universal and Spiritual Laws of Creation with Chief Golden Light Eagle.


Jen is also a Sundancer, Shadow Coach, and teacher of the Star Ways. At the Star Knowledge events you will see Jen speaking, moderating, and facilitating the Sacred Sisters Ceremony and teaching about the 13:13 Star Path in addition to welcoming you to the event! 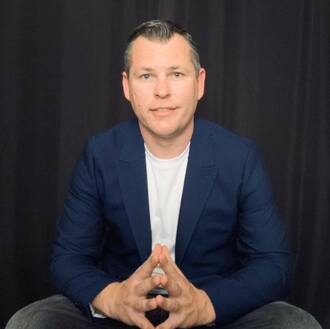 Pete’s experiences have been detailed in an overwhelming amount of photographic and video evidence related to UFOs, otherworldly Beings, and apparitions, which have been analyzed by Jason Gleaves (Ex-U.K. Air Force and Aerospace), and remote viewed by John Vivanco (The Psychic Spy) and his group, which has worked for the FBI. Pete's story also includes physical trace evidence.

Pete’s experiences with extraterrestrials have led him to help people and groups make ET contact themselves, in addition to healing and tapping into their own abilities.

He has appeared on History Channel's Ancient Aliens and Paranormal Caught On Camera, Channel 7's Prime News, and Sunrise, and many other international television programs. He has made worldwide news, been in numerous documentaries, been written about in magazines, and has been a guest on mainstream radio shows, including Coast-to-Coast. Pete is also a musician and, as a filmmaker, he has made a number of documentaries on the subject of E.T's. He was featured in The Cosmic Secret, which was a number one documentary film on iTunes in 2020, and James Gilliland's Contact Has Begun 2. Also, his UFO footage was featured in Close Encounters of The 5th Kind, which was also a number one film on iTunes in 2020.
​
Peter Maxwell Slattery continues to open the world up to the greater reality that "We are not alone" and that "We are all amazing, powerful Beings." 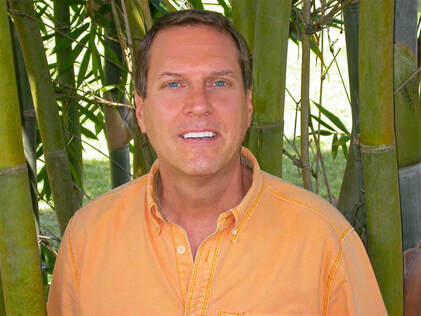 Ken Rohla
​Ken Rohla is a natural health educator and inventor from New Smyrna Beach, Florida, and has been teaching classes and retreats since 1993 on rejuvenation and cellular regeneration using raw and sprouted vegetarian food, herbs, food-based natural supplements, detoxification, emotional healing, reprogramming of limiting unconscious beliefs, ancient esoteric techniques, and cutting-edge science. With a background in electrical engineering, physics, and computer science, for 23 years he worked a variety of jobs in the medical industry, from the patient level to the national policy level. A cutting-edge researcher, Ken has studied with many pioneers in the natural health movement, including Gabriel Cousens, MD; Drs. Brian and Anna Maria Clement; David Wolfe; Dr. Robert Morse; Viktoras Kulvinskas; Brenda Cobb; and many others. In 2005, Ken became certified as a natural health educator by Hippocrates Health Institute in West Palm Beach, Florida, and in 2006 was honored to work with Coretta Scott King, wife of the late Dr. Martin Luther King, Jr. Currently Ken’s focus is developing natural solutions for new severe threats to our health, such as nuclear radiation, geoengineering pollutants, genetically modified foods and microorganisms, electromagnetic pollution, nanotechnology, biowarfare agents, depleted food, and other issues. Ken also continues to research the healing properties and other benefits of pyramids, and is working with Dr. Semir Osmanagić, the archeologist who discovered the largest pyramids in the world, to understand their healing properties. You may see interviews with Ken on Gaiam TV, Red Ice Radio, and elsewhere on his web site, www.freshandalive.com.
Fresh and Alive.com 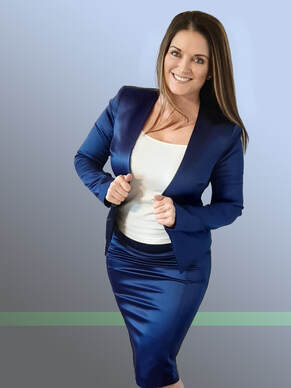 Liz Lorie
A Florida native and practicing attorney, Liz Lorie has been seeking truth all her life - both in the legal profession, and in her spiritual studies.  Liz graduated in the top 5% of her class from the University of Florida College of Law, where she was an editor of the prestigious Florida Law Review, and earned highest honors in legal writing and appellate advocacy.  Liz has practiced law for nearly 20 years and has worked at some of the most respected law firms in the country, including King & Spalding and Foley & Lardner.  Her professional expertise is in the areas of corporate finance, commercial real estate, and general corporate law.  Liz is excited to share valuable teachings on the Laws of the Universe, and how they compare and contrast with "man made laws."  She firmly believes that understanding the Laws of the Universe and how they govern our existence are crucial steps in elevating our consciousness, raising the vibration of our planet, and shaping a more joyful reality.  Liz is humbled at the opportunity to share her insights, and looks forward to connecting with the ECETI family this summer!
​
UFO | CE-5 | ET Contact | Ultra-dimensional Orb Photos | UFO Sightings | New Energy Technologies | Paranormal Investigations
© James Gilliland, Self-Mastery Earth Institute & ECETI Enlightened Contact with Extra-Terrestrial Intelligence